If your listing requires updating please fill in this form or you wish to have your choir listed here, please email us on membership@singireland.ie for further details. 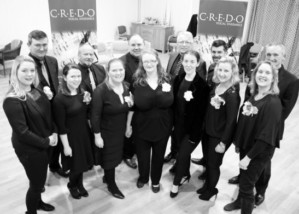 Credo is an award-winning SATB chamber choir based in Trim. The choir specialise in a cappella music of all genres.

Highlights from 2018 include a performance at the “Night of Choirs” in Budapest and at the Irish international accapella competition.

Musical director is Tracy Nagle who holds an MA in Kodaly pedagogy from the Liszt-Ferenc academy in Hungary.

Any one interested in finding out more about the choir or auditioning for a place, please email (marked 'For Tracy' in the subject line) credochoral@gmail.com

Dunshaughlin Choral Society was formed in 1975 by Roisin De Blacam and Marie Naughton. It has a membership of approximately 50 singers. Our Musical Director is Grace Bergin.

Bringing live music to the village of Dunshaughlin was the main aim of the Society and its whole ethos was, and is, about local involvement and development.

In the early years, we staged Musicals including “Oklahoma!”, ” Calamity Jane”, “South Pacific”, “Viva Mexico”, “Oliver”, “The Sound of Music” and “Singing in the Rain”. In recent years, we have competed at choral festivals in New Ross, Sligo, Cork and Navan.

We have sung in the National Concert Hall for President Mary Robinson, in “3,000 Voices in Concert” in Lansdowne Road under the baton of Gearoid Grant and again with him in “Voices of the World” in Rome. We were honoured by the presence of President Mary McAleese at our thirtieth anniversary concert.

Beautiful local singers, peppy and soulful popular choral and Gospel songs with clever harmonies- always something to make you smile! Available to perform at any event or venue. We have hosted our own concerts and perform when asked at various functions around Kells and Meath. We rehearse every Wednesday in The Headfort Arms Hotel Kells at 8pm. Open to new members who may like to join us so get in touch any time.

I have been involved in various roles as a church musician for over 50 years. Currently I am MD and organist for Laytown church choir and MD of Meath Diocesan choir.

Bio and Logo will be emailed to you later 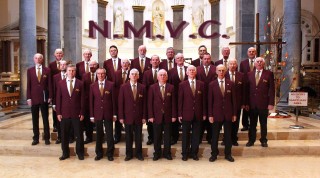 Founded in 1979, the choir is a community choir and a church choir, singing in St Oliver's Church in Navan. The choir has sung at concerts and festivals across the country, from Cork to Belfast and from Meath to Mayo, including National Concert Hall performances. They've provided the chorus for Irish National Opera and Brian Irvine's Dumbworld production company. RTE performances include Mass on Sunday and Up for the Match. The choir has sung in Munich, Paris, the Isle of Man and Lourdes, equally comfortable in concert halls, cathedrals and open-air venues. New members are always welcome, there's no audition and our motto is: 'We sing for pleasure'. 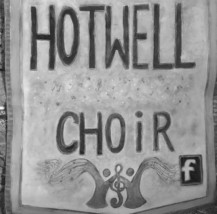 The Hotwell Choir is a non-denominational group who have come together to share in their love of singing. It is fun, soulful, joyous and uplifting and open to people from all walks of life who are drawn to singing and expressing themselves through music. Our message is one of unity and togetherness and our aim is to connect through music and to share this in our communities.

The Rosemount Singers are a small community chamber choir based in Julianstown, Co. Meath.

They first came into being in 2017 during the ‘Julianstown Community Music Festival’ when festival organiser Dorothy Alioth [director of the education and management company ‘KenDu music’] wanted to give ambitious local singers the chance to learn and perform music in 4-part harmony. Under the musical direction of Shane Barriscale, singers of all backgrounds and abilities performed two Mozart classics as part of the festival line-up.
Such was the enthusiasm from the singers at the time, that many of them wanted to continue singing together beyond the festival. Thus, the Rosemount Singers were formed (named after the house and estate in Rosemount, Julianstown where the choir rehearses every Tuesday morning).
Since 2017, they have performed in a number of concerts and events in Meath and Louth. They perform a variety of music ranging from early music by Tallis and Purcell, plainchant, all the way up to jazz classics by Gershwin, and christmas carols. We continue to give our ambitious singers the challenge of singing in 4-part, and sometimes 5-part harmony, but sight-reading is not a requirement. All our singers need is a good set of ears, a love of singing and an eagerness to dive right into the music-making. All are welcome!

We are a fun and happy group of singers. We play ukeleles and harmonise to popular songs. We meet once a week and enjoy the benefits of this holistic approach to music.