Founded in 1986, Bray Choral Society is a successful choir performing a wide range of choral works including major works by Handle, Mozart, Mendelssohn, Rossini and Vivaldi, along with short concerts and recitals including Byrd, Bach, Elgar, Stanford and more composers of the 20th Century such as Rutter, Bodley, Jenkins, Goodall and Forrest. Rehearsals take place on Tuesday evenings from 7:30pm to 9.30pm in St. Kilian’s Community School, Ballywaltrim, Bray during the school term. 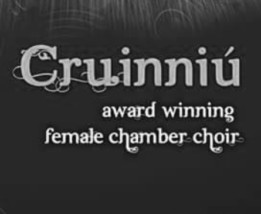 Cruinniú is an all-female chamber choir from Arklow Co. Wicklow. We sing in a variety of genres ranging from classical to popular, sacred to secular. Cruinniú perform both competitively and non-competitively. We have won various competitions since our inception in 2011, including Navan Choral Festival, Sligo International Choral Festival and New Ross Choral Festival.

Cruinniú have proudly performed at events such as the turning on of the Christmas Lights in Leinster House as well as having sung on Gerry Kelly’s BBC Ulster Radio show. We look forward to exciting ventures each term and relish new challenges. 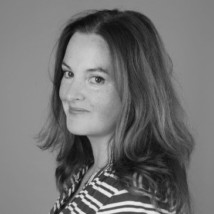 I am a vocal and instrumental Music Generation Tutor working in 5 schools in Wicklow. I sing with the RTE Philharmonic Choir. I am also very interested in the field of singing workshops for adults. 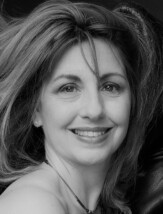 I am a vocal coach, professional singer and director of this small regional school. We run a musical theatre course with 30 students. 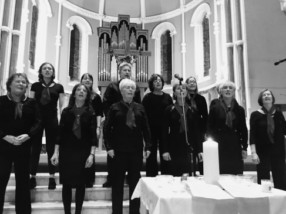 The Purple House Choir was founded in 2013 and operates under the auspices of Purple House Cancer Support. Our Musical Director is Brian Kennedy and accommpanied by our Guitarist Martin Dodd. Our group meet twice monthly and is open to all, young and old alike. Our aim is to give people something to sing about and no experience is necessary. It is a form of expression and acts as a positive coping mechanism for families living with an illness.

A choir of very mixed ability, primarily created for social access in an area of scattered population. Most are non readers, so learning is by rote. Repertoire spans from Spirituals, folk songs, Rutter, a Lauerdsen, Whitacre, one or two madrigals. Age group 45 plus

Voices of Bray Community Choir was founded in 2013. It is an SATB choir, welcoming singers of all abilities on a no-audition basis. Originally envisioned to attract 50-60 members, demand was so high that within a year, membership had expanded to its current size of 130 singers.

The choir focuses on a repertoire of popular music with a firm emphasis on singing for fun. The choir also aims to foster a community spirit and social interaction among members and to promote well-being through the enjoyment of singing.

Rehearsals take place on a weekly basis with full concert performances several times each year. In 2017, the choir made its first overseas trip, taking part in the North Wales Choral Festival. Apart from the entertainment factor, concert performances are undertaken as fundraising events. To the end of 2018 the choir has raised €50,000 for various charities. 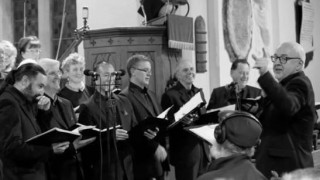 West Wicklow Voices (formerly West Wicklow Choral Society) was formed in the summer of 2014 by two music students from Maynooth University. Conor O'Reilly took over as conductor in November 2014.

The choir has already performed with some of the finest musicians & singers in Ireland as well as with the 2012 Irish Choir of the Year, the Tullamore Academy Chamber Choir.

West Wicklow Voices (WWV) were delighted to have been chosen to perform with two of the finest Irish singers working in Europe at the moment. Their concert in the Freemasons Hall, Molesworth St., Dublin was a wonderful evening of music with Majella Cullagh & Victoria Massey.

In 2016 WWV performed with an eclectic array of singers and musicians, ranging from James Nelson of the Celtic Tenors to contemporary ‘Prog Rock’ group, Megacone.

WWV were privileged to take part in Wicklow Arts’ official 1916 commemorative event, ‘Mary Gordon’ in the NCH, Dublin. WWV finished off the year in style with two performances in Rome with multi-million selling Irish singer and recording artist, Méav followed by their annual Christmas concert in St. Joseph’s, Baltinglass in aid of the Lions Club Christmas Appeal.

In 2017 WWV one of the highlights was a concert with The Celtic Tenors in Russborough House, Co. Wicklow on June 17.

WWV have given a number of overseas concerts including in Sant’Agnese fuori le Mura and the Irish College in Rome in 2017 and at the Costa Barcelona Music Festival in Calella in 2018.

2019 will see WWV putting on a series of concerts entitled the French Connection and also doing a series of joint concerts in Wicklow & Bristol with Sam Burns and Gurt Lush Choir.

Our repertoire is mainly composed of classical music with the occasional foray into more modern pieces. We perform a major concert every May in St. Patrick's Church, with professional soloists and professional orchestral musicians, as well as a Christmas carol service in support of local charities. Rehearsals are held on Monday nights at 8pm from September through to May. Membership inquiries are always welcome.