Bantry Community Choir strives to serve the community of Bantry and the wider community of West Cork through quality choral music performances. It promotes an inclusive environment of shared musical experience through it’s ethos of community, social interaction and participation for all.

The Choir loves to collaborate - this includes singing with John Spillane & the Claddagh Rogues as part of the nationwide First Fortnight festival. The choir has participated in the first West Cork Chamber Fringe Festival, performed alongside nine other choirs at the annual Celebration of Health Service Choirs and collaborated with Gamelan Spréacha Geala for the Skibbereen Arts Festival in 2017. The Choir love perform all round their native Bantry including for Culture Night and their annual Live Life and Sing concert.

Barony Choir is a community-based mixed voice choir established in East Cork in September 2011. We draw our members primarily from East Cork, with a small number from Cork city and other parts of the county. We are a mixed bunch, young and not so young, drawn from all walks of life.

Our aim is to be serious about our music, but to have fun at the same time. We are a sociable group, and in addition to singing in a formal setting, we equally enjoy getting together in informal settings for the odd session. Our musical directions are; songs from musicals, popular / contemporary and a little gospel. However, we are open-minded, and will go where the music takes us. If you are in the East Cork/West Waterford Area and are interested in joining us, email us with your contact details and we will get in touch.

Cantairí Mhuscraí is a mixed voice choir based in Ballincollig that rehearse every Wednesday night in Ballicollig Community School from 7.30 to 9.30pm. They draw their repertoire from a wide range of music, from classical, Irish to popular pieces.

The choir performs regularly at local events and competes in various competitions around Ireland. They have performed a number of major works over the years including Handel’s Messiah, Haydn’s Creation, , Vivaldi’s Gloria, Masses by Dvorak and Rossini, and Requiems by Fauré, Verdi, Brahms and Mozart. The choir has travelled extensively to music festivals throughout Europe including the UK (4 times), France (3 times), Italy (4 times), Greece (twice), Spain (twice), Austria and Poland and most recently to the Rome choral festival in March last. Our plans for the coming season include participation in the Lord Mayor's Concert, and our season culminates in our participation in the Opening Gala Concert of the Cork Choral Festival 2020 where we will perform in Beethovens 9th symphony, the Choral Symphony with its wonderful 'Ode to Joy'. Rehearsals take place at Ballincollig Community School on Wednesday evenings, 7.20 to 9.20, beginning on September 11th. 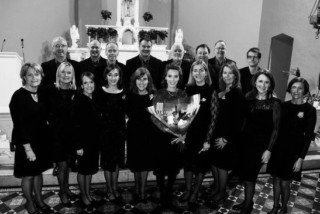 Cantate is a small and vibrant, multi-award winning group of mixed voices and is directed by the highly accomplished choral and orchestral conductor, Elaine Kelly. Elaine has been Musical Director of Cantate since 2015 and has been conductor of the Dublin Symphony Orchestra since 2017.

Cantate sings a varied repertoire of music including choral, madrigal and sacred works
as well as contemporary classics.
The choir was formed in Monkstown, Cork in 2006 and performs at local and charity
concerts as well as in various choral festival competitions around Ireland. Cantate had
a spectacular trio of wins in 2018 comprising of first place trophies from Feis Maitiu
Corcaigh, Feile an tSamhraidh and AIMS Choral Festival in New Ross. Cantate also
performs regularly at weddings and corporate events.
If you would like Cantate to sing at your wedding or corporate / charity event please
contact cantatesecretary@gmail.com. Applications for membership can also be made
via this email address. 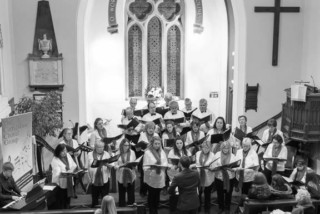 The Carrigaline Choral Group was formed just over 10 years ago. They have been successful in Competitions their latest success was winning the National Open Mixed Voice Competition in the 2019 Cork International Choral Festival.

The Choir also like to travel and have been to sing in The Royal Albert Hall London, New York for St Patricks Day and Bocum in Germany New Members always welcome. Reherasal Wednesday evenings 8.30.- 10.00. St Mary's Church of Ireland Hall/Church. Carrigaline Further information may be had by calling the Secretary 087 2325913 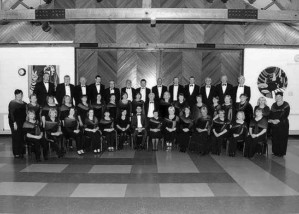 Formed in 1969, the Carrigaline Singers were originally a lady’s choir who rehearsed weekly in the Old Church of Ireland School. In 1972 it became a mixed voice choir and under new directors became very successful winning many competitions like the prestigious Oireachtas competition in Dublin, Feis Maitiú and the Wild Geese Festival in Kinsale in 1982 and in the Cork Choral Festival.

Today, the Carrigaline Singers are delighted to have Alan Carney as their Musical Director. Alan is a native of Cobh and has played instruments and been a member of choirs from an early age. He studied music in Mary Immaculate College, Limerick. He has performed and conducted at festivals and events around Ireland and Europe. As well as choral and concert work, Alan is an accomplished pianist, organist and singer. In his spare time, he plays and sings with Cork band "Cookie And The Vaudevilles". 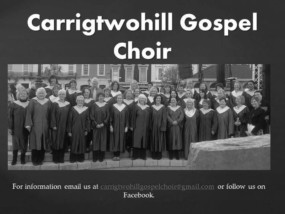 Formed in 2010, based on a need for an inclusive, community choir in the locality, the Carrigtwohill Gospel Choir’s small beginnings has blossomed into a boisterous collection of amateur and professional singers whose main approach to this beloved genre is to sing with passion and joy, while rooting the sound in an informal and free approach to choral singing.

Having shared the stage with wonderful acts over the years, such international opera star Russell Watson, piano virtuoso David Syme, The White Horse Guitar Club, James Kilbane and Amanda Neri and many more, the choir have enjoyed some memorable performances around the country and further afield.

Caz is an experienced Choir Leader and Community Musician living and working mainly in West Cork and the wider Cork area, and holds an MA in Community Music out of the University of Limerick.

In addition to her regular work with Choirs, Caz organises events and projects – often involving large groups from the community and bringing Vocal Leaders from other areas. She also offers a wide array of specialist workshops designed to suit the needs of a group, and offers training and supports for new and emerging Leaders of Singing Groups and Community Choirs. She enjoys to collaborate and network with others. 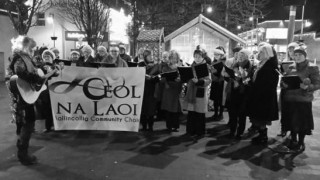 Ceol na Laoi – Ballincollig Community Choir is an all-inclusive community choir which started in 2015 and is under the musical direction of Caz Jeffreys.

We aim to provide a relaxed space where people can explore the simple pleasures of singing together and to make everyone feel welcome. We enjoy participating in events for local and national charities and getting together to learn and share with other choirs. The songs we sing include both the familiar and the new and we like to explore songs from other countries and cultures. No auditions or requirements for reading music. We meet on Tuesdays from 7 - 9pm at Colaiste Choilm Secondary School. To find out more contact Mary on 085 2887880 or by email at marybk08@gmail.com. Find us on Facebook. 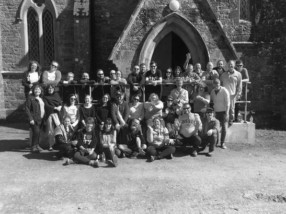 Choral Con Fusion is Cork's inclusive community choral group with a message of welcome to one and all.

Choral Con Fusion was established in late 2010. From the beginning the choir has aimed not only to make musical progress but also to be a bridge between communities and to be an organisation that would welcome everyone equally, regardless of musical experience, sexual orientation, gender or background. As such, the choir has modelled itself variously as “Inclusive” and “LGBTS” in an effort to convey this philosophy. The choir has grown consistently since its first rehearsal and has performed in a wide variety of venues and contexts. Rehearsals are every Wednesday night from 6.30pm in the city centre. New members are welcome in September and January.