For the month of May, Sing Ireland hopes that singers, choirs and singing groups would consider making a donation towards our campaign to #KeepIrelandSinging, supporting us to support you.

We invite you to join us on the 11th of May for a Webinar and/or Online Workshop as part of our Campaign Day as part of the campaign. It's free to register but we welcome any contributions to the #KeepIrelandSinging campaign.

Sing Ireland have planned a special day to mark the midway point of the #KeepIrelandSinging campaign.

More information on the campaign HERE

Here are some of the events that will be happening:

Webinar - Better than Ever: How Singing Groups will Return

At 1pm we will host a webinar to discuss and explore how choirs and singing groups will be able to return to rehearsing and performing in the same room.

We will provide the most up to date information on Covid-19 recommendations for singing groups, as well as bring you some insight from groups that have been able to get back together from other nations across the globe. Sing Ireland will be joined by Lyn Williams from the Gondwana Choirs in Australia and Thomas Caplin a conductor, professor and singer from Norway/Sweden.

Sing Ireland is delighted to present a workshop with one of Ireland's leading singers and vocal coaches. At 6pm, Alison Browner will lead a free online workshop.

She spent two years at the Munich Opera Studio before joining the Darmstadt Company where she undertook such roles as Angelina (La Cenerentola), Dorabella, Orfeo and Charlotte (Werther). She then moved to Mannheim adding Octavian, Cherubino and Rosina to her repertory. Her international appearances include the Royal Opera, Covent Garden, and Companies in Zurich, Barcelona, Antwerp, Ghent, Brussels, Stuttgart, Frankfurt, Berlin and in Salzburg with John Elliot Gardiner.

She has sung La Cenerentola with Opera Ireland in Dublin and in Donizetti's L'Assedio di Calais and Rubinstein's The Demon at the Wexford Festival. She is a frequent recitalist with her accompanist Breda Zakotnik and Andreas Frese and has appeared with Irwin Gage in a series of recitals in Bonn and at the Ossiach-Festival, Austria. Her concert repertoire extends from Bach through Schönberg and she has sung Mahlerlieder in Germany and with the N.S.O. (Rückert-Lieder, Lieder eines fahrenden Gesellen...).

Sing Ireland are thrilled to be able to share a meaningful message with you from immunologist Professor Luke O'Neill. Go to our facebook page to watch the video when it goes live at 3pm. 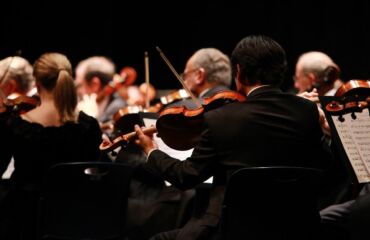 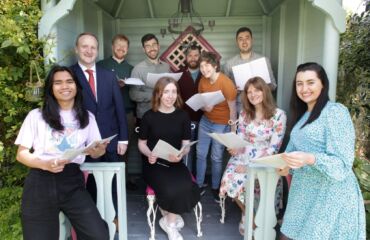